KNOW WHAT YOU'RE LOOKING FOR? TRY OUR A-Z INDEX

While the project is in process, a marked detour will route traffic north on Pottawattamie County Road L-55 to U.S. 6 then west on U.S. 6 to I-80 then southwest on I-80 back to Iowa 92.

The Iowa DOT reminds motorists to drive with caution, obey posted speed limit and other signs in the work area, and be aware that traffic fines double in work zones. As in all work zones, drivers should stay alert, allow ample space between vehicles and wear seat belts. 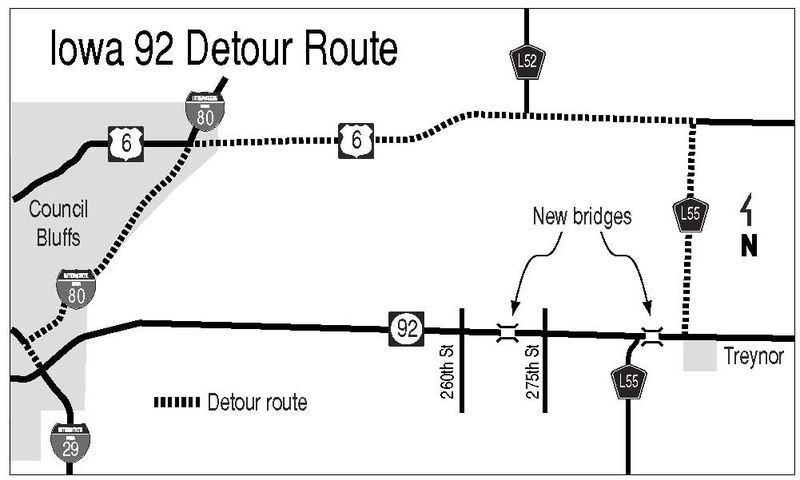 NOT FINDING WHAT YOU NEED? WE CAN HELP.