KNOW WHAT YOU'RE LOOKING FOR? TRY OUR A-Z INDEX

Note: This news release is being distributed by the Iowa Department of Transportation at the request of the Iowa's county engineers. 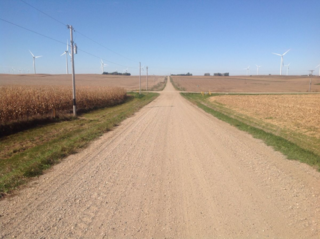 A number of serious traffic crashes have occurred recently at rural uncontrolled intersections on lesser-traveled gravel roads in Iowa. On the surface, installing stop or yield signs at all rural intersections may seem to provide greater protection to the traveling public. However, a vast majority of drivers on lesser-traveled gravel roads are local drivers who travel these same roads at least once per week.  They know which intersections have stop signs, yield signs, or no signs. Over regulating traffic can result in drivers ignoring critical signage where it is essential, leading to the possibility of more crashes. Installing many non-essential signs can lead to a less safe system overall, providing a false sense of security with drivers not stopping or recognizing the potential for conflict at the intersection.

In 2005, an Iowa State University study showed that there is “no statistical difference in the safety performance of ultra-low-volume stop-controlled and uncontrolled intersections”.  In non-engineering terms that means the study found installing stop signs on lesser-traveled roads didn’t improve safety.

As traffic patterns change due to urban expansion, business development, or other issues such as nearby road closures, traffic control needs will change. County or city engineers periodically review these types of situations to assure the safest solution for the traveling public.

If you encounter an uncontrolled rural intersection remember:

Most importantly, remember to yield and be on the lookout for opposing traffic. If you can’t see, don’t go!

NOT FINDING WHAT YOU NEED? WE CAN HELP.