If you miss the new flyover bridge exit at 111B, you can easily find your way to the game day festivities by taking the next exit onto 13th Street in Ames and following the green signs to Jack Trice Stadium. 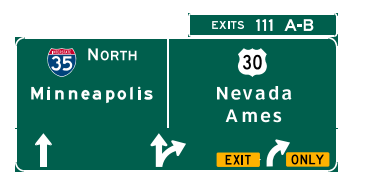 Motorists exiting from the new flyover bridge should use caution as they will be merging onto U.S. 30 with traffic heading west on from southbound I-35 and westbound from Nevada. (see map). 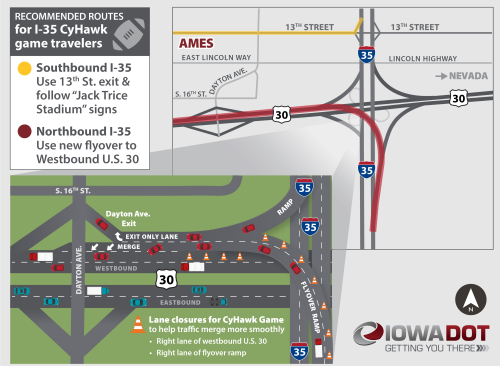 Fans traveling southbound on I-35 and non-game day travelers coming to Ames are encouraged to take Exit 113 to 13th Street.

While football fans will be focused on the rivalry between two of the state’s major universities, the new bridge celebrates an earlier achievement for one of the universities, the development of the modern computer. Named the “John V. Atanasoff and Clifford Berry Memorial Bridge,” the structure recognizes the inventors of the modern computer which occurred at Iowa State University.